I was sitting in a Select Committee hearing last week and listening in turn to the accounts of 'pub industry stakeholders' and their views on the appointment of a man called Paul Newby, you may have heard about him in the national press because Newby's just left his job as senior director and still a 12% shareholder in Fleurets, Pubco estate agents of choice, to take up post as the Adjudicator of the Pubs Code, which is designed to regulate the six major pub companies who Fleurets, by Newby's own admission, earns at least a fifth of its income from, as it handles multiple hundreds of freehold and lease sales, transfers and tied lessee placements into pubco pubs across the UK every year. The appointment of this servant of the pubco's caused quite a stir because people might think he's compromised in such a role ... largely because he unavoidably is.

The Pubs Code, which came into effect on 21 July, just two days after the hearing, is the first legislation to be brought to bear on the tied pub sector since the 1989 Beer Orders which heralded the invention of non brewing pub owning companies to own tens of thousands of pubs rented out to tens of thousands of publicans under pub leases that tie them into buying beer, and often other products, through a supply chain determined by the freeholder ie the pubco's charge their tenants whatever they like for whatever beers, wines, spirits and soft drinks they choose to sell them... Typically double the price these products can be readily bought on the open, non tied, wholesale drinks market that normal people, like restaurateurs and bar owners use. Like Bookers, for example.

What struck me listening to the submissions, first of publicans who suffer from tied leases and their customers complaining about the price of tied beer they sell followed by the CEOs of Punch Taverns and Enterprise Inns talking on the same subject; Mr Paul Newby the man some people call 'the pubco's placeman' or 'the Pubco's Code Adjudicator' and it was fascinating to contrast the two sides different grasp of the British Pub Sector.

The tenants very clearly had a firm grasp of the whole market and were able to talk with confidence and authority, showing a lively grasp of all aspects of the pub sector from micro pubs to giga brewers, local ales to global brands and commenting on the likely perspective of the owners/operators of pubs from small wet led boozers to chains of food and drink destination venues and how Newby's appointment would sit with them.

The CEOs, each of whom is taking home the best part of half a million quid each year plus pension scheme top ups that would buy the campaigners' pubs and leave spare cash enough to buy another pub... were by contrast almost 'humble' as Rupert Murdoch would say in such a situation and at pains to express their determination that justice be done for the tenants whose hard work and business acumen they so admire because without them they wouldn't be driving their Porsches and sending their kids to the right schools... or drinking Big Toscana Rossos in Lunigiana out of season.

The first guys in the seat earn a pittance and work behind the bar and in the kitchen and have a command and fluency of the subject that makes the CEOs with their teams of lawyers, surveyors, suits and dresses backing them all the way, look like rank amateurs by contrast.

It was an interesting couple of hours. It's here if you care to have a look

And the interesting thing, really, is that while the CEOs tell everyone how much they care about pubs, and the people and places they serve, we know they don't mean it, we know they're flogging off as many pubs as they can, that their asset stripping is changing the face of Britain forever, paying their gargantuan bonuses and reducing the size of their estates by over a thousand pubs a year, and we all watch the proceedings as if there's a point to it all... They say they care, everyone else knows they don't, the CEOs know they don't care and the publicans know they don't, and we all know that Newby should never have been offered the job; the Pubs Code is ten years too late, at least, and the pubco's will run rings around it yet we sit there discussing the degree by which he should not have been appointed, knowing that everything that's thrown up at this Select Committee will do nothing to change the situation except, possibly, to make a few important people feel awkward for a while and a lot of insignificant tenants miserable for years. 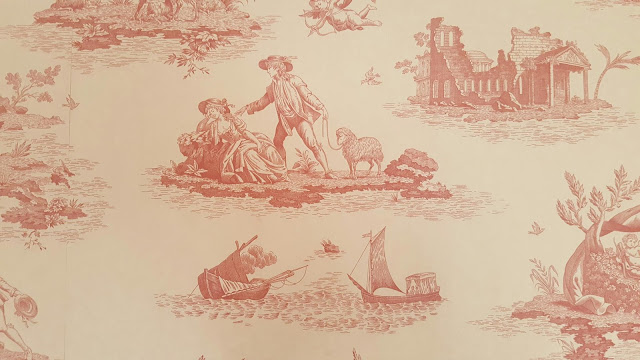