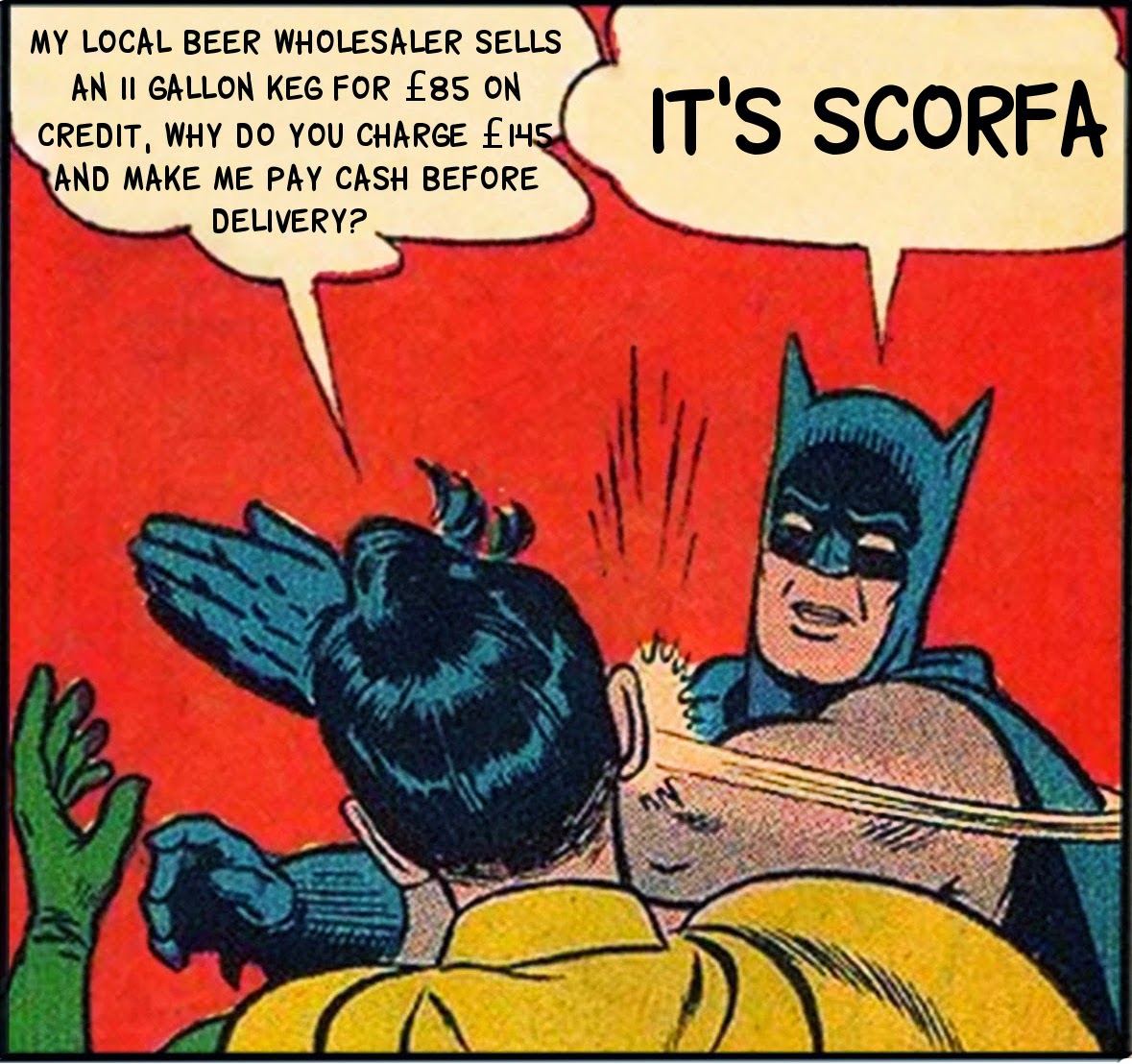 Senior pubco employee outpouring of rubbish in the Telegraph.  It’s obvious that a senior employee of a company whose financial foundations are determined on extracting as much profit as possible from its customers is going to advocate for keeping the status quo.

David Forde’s enormous salary and bonuses are paid for out of the sweat of the
tenants who generate all the profit the company he works for declares. A company whose  reputation in the backwoods of the murky tied pub sector is for hiding in the shadows behind the larger Punch Taverns and Enterprise Inns while having some of the most toxic relations with tenants anywhere.

The fact that he has time to write the article is telling in itself, it's what he's paid to do. Like all pubco’ tenants, Heineken’s lessees no doubt work so hard and for so little reward they don't have the luxury of having time to write for a national newspaper about anything let alone in favour of legislative change, MRO and a fairer, freer order of business relationship that will enable them to keep some of the profit which abuse of the spirit of the supply contract takes from them.

Publicans don't have time to pontificate with analogies of well meaning enthusiastic nineteenth century surgeons amputating limbs to heal a cut. Tied publicans are too busy fire fighting against their business reality which is that all the tied pubco's, Forde’s company included, charge over-market rent and up to double the price that tied tenants could buy the same beer for from their local wholesaler if they were free to do so. In essence the analogy would be better if applied to Forde's employer's business model, be described as as a cancer with secondaries that must be operated on to remove it from a terminally Ill pub tied sector before it dies altogether.

The basic facts of the unsustainable business relationship between pubco’s and
their tenants were clearly identified more than ten years ago during the government’s 2004 Select Committee hearings looking at Pubco’s and the way they treat their tenants. Nothing has changed materially in the behaviour of the pubco’s other than they have fewer tenants to rip off now, because something like another 20,000 pubs have closed, largely flogged off for alternate use ‘being no longer viable’ as pubs - by white collar people like Forde.

Forde's mention of his Yorkshire tenant is interesting. He starts by stating the publican was overseeing £155 a week income, which wouldn't pay rates let alone rent or cover a weekly beer invoice. This tenant now apparently, after Heineken's inspired investment of £100K, running a £780K a year turnover business which employs 25 people. The figures don't stack up. Come forward with the figures of that Yorkshire pub for a closer analysis of the business. How does the tenant pay VAT, PAYE and NI out of that turnover given the payroll, conservatively, must be well over 30% of turnover. Add in rent, rates, light and heat, other random overheads such as,er, beer and food and fixtures and fittings maintenance and toilet rolls what have you got? At a glance that looks very much like a business that is trading whilst insolvent. While, no doubt, Heineken extracts a decent margin all round for their modest investment in their tenants' industry. 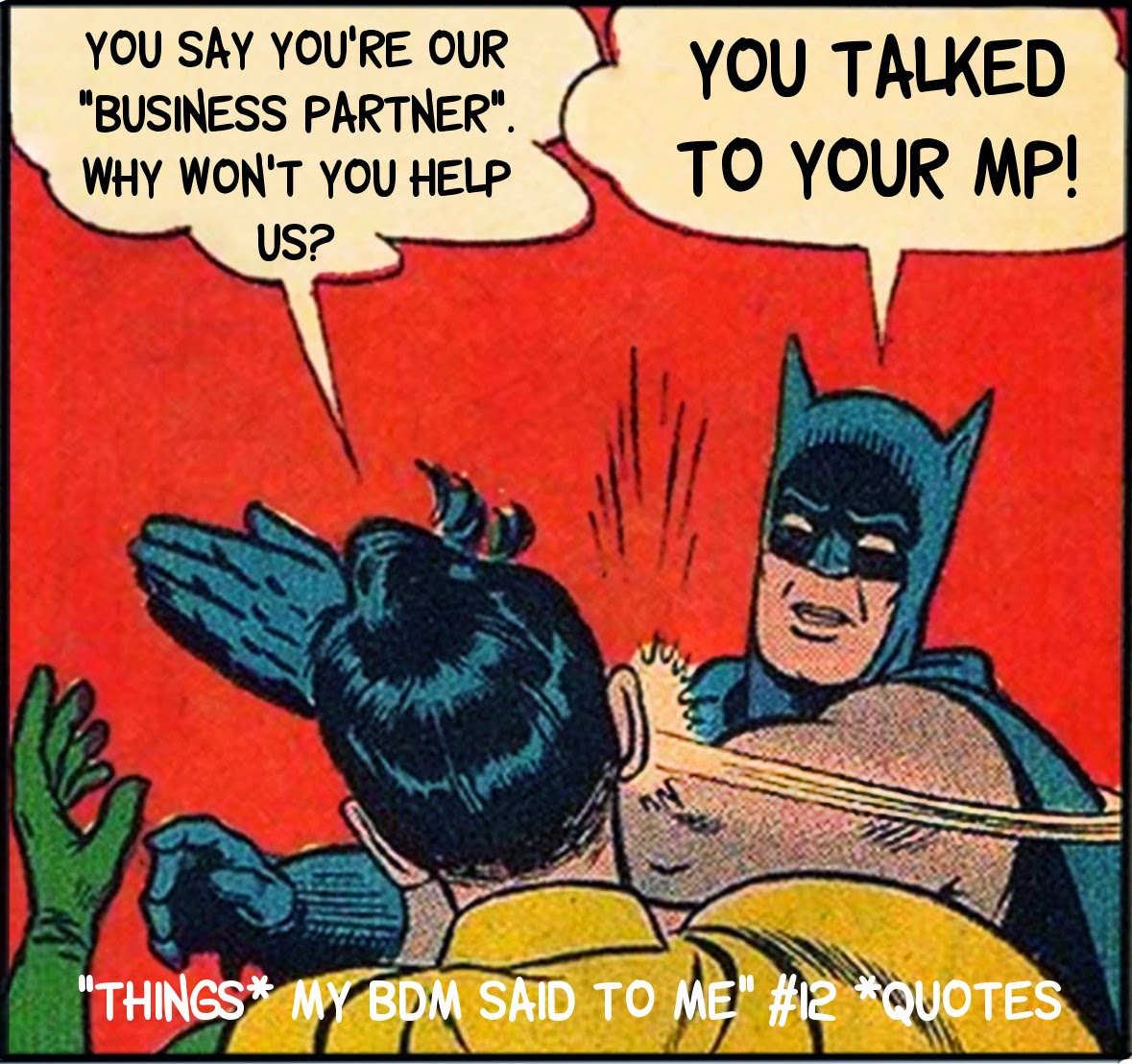 If David Forde’s perception of the business he presides over is accurate Heineken will have lots of happy tenants pleased to come forward and promote the same types of lease and tied contracts they operate their businesses under… serving them, the pubco, their pub and the people they pull the pints for well all round and it won’t take much for Forde to invite a few, say three or four, Heineken tenants forward to bring some of company's tenants and get them to advocate for the status quo so eloquently as does he...

Perhaps a journalist from the Telegraph might like to take this up? If not, I'd be happy to oblige.

My declaration of interests here is that I was a tenant of this company before David was around... They cannot have changed much in three years without sacking everyone and starting again. And I'm pretty sure they didn't do that.
Posted by J Mark Dodds at 6:54 AM