The Restoration of Marmalade

He makes big batches every year in January or February. He's done this for years but never claims to be the maker, he prints labels for his Marmalade and sticks them on the jars:

The Marmalade I'm having now is batch three from January 2013. Deeply bitter, sweet, tangy, chewy and soft and syrupy with a tiny caramelish hint at the back of the taste. I've been making toast for this with Lidl sourdough rye loaf. Hard, tough, chewy, crunchy and fantastic with butter and Roy's Marmalade. Better than anything you can buy. Makes breakfast taste like you're in a rustic farmhouse kitchen. It's fantastic...

I don't know where Marmalade is in the popularity stakes these days but I'd like to scale up this modest preserve of Roy's making and sell it.

The Origin of Marmalade

As told by some Scots
Orange Marmalade in Britain happened by accident. Supposedly a ship full of oranges broke down in the port of Dundee and the ingenious Scots made marmalade out of them. 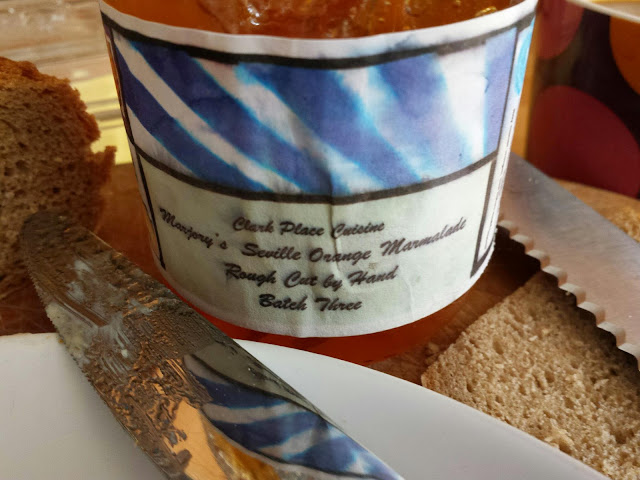 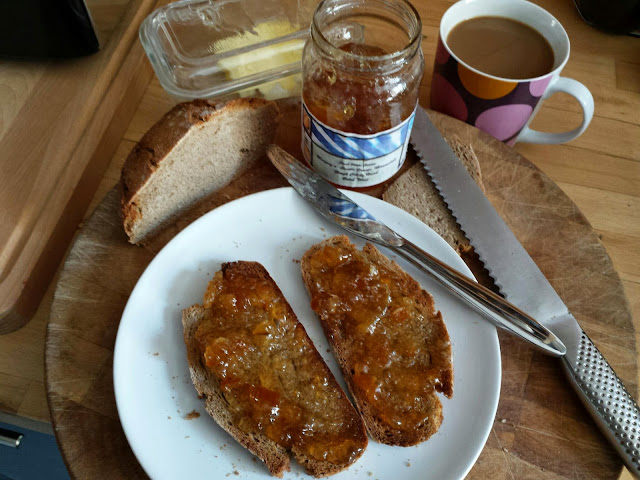 Email ThisBlogThis!Share to TwitterShare to FacebookShare to Pinterest
Labels: Marmalade