Food was a principle part of my operation from the time I set up in 1995. Back then I could get 55% Gp average on all my draught products and getting on for 58% on bottled beers (dream on guys) I was tied for.

EVEN THEN I was so concerned that my GP's on beer were not high enough for a catering business to make a go of it that I played down the presence of beer on the premises and made wine and spirits, cocktails and a wide range of juices, teas infusions coffees and even Hot Chocolate a prominent part of our sales pitch.

What I hoped to create was a Brasserie style operation: I wanted customers to come in and see a great big restaurant towards the back half of the building - towards the wonderful outdoor patio garden continental terrace area - which when we opened in December was still full of refurbishment items -and would come into its own in the spring and summer - with a great big waiting area at the front of the building where they could have aperitifs and pre prandials and after dinner espressos and vin santos and things like that. 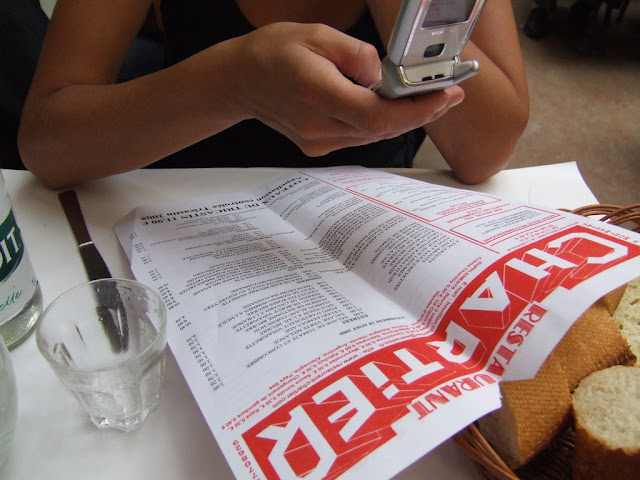 saying 'nice menu but expensive for a pub' (while some of them who actually GOT IT said 'we don't know how you manage to do things like River Cafe but for a third of the price') and the punters filled the place with their bodies and drank more beer than we could get in the cellar. We did 550 barrels in the first year.

I used ALL the cash margins from that income on doing up the garden, re- refurbishing the kitchen and re- redecorating and replacing all the second hand furniture and stuff that broke down all the time because it all took such a hammering. At the end of year two the accountants said "you should not have spent any of that profit on improvements, you should have raised a loan for that and we could have amortised it differently'. Still without an overdraft facility at that stage and with a bank who wanted three years' figures before they'd even consider a loan I nearly punched the twat.

And I NEVER fully got out of it and on top of it. So much for a Low Cost Entry into the pub trade.