Debt-hit landlord may have to call time early 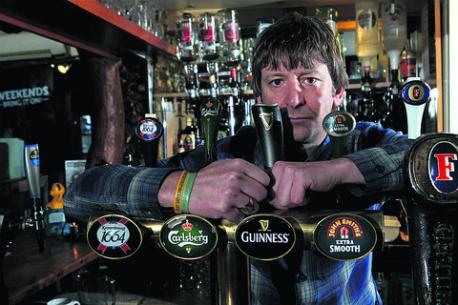 Enterprise obviously will never comment about one of their customers who they are comprehensively fleecing through charging sky high rent and scandalously over-the-top beer prices - which is their simple business model - for reasons of commercial confidentiality.

Why would Enterprise want to discuss in public what their customers so clearly want them to? Customers who've taken their story to the press because Enterprise has evidently failed (they are in the press about it) to satisfy many repeated requests for a fair commercial terms that allow them to make as much money as Enterprise takes from them.

The pubco's all behave the same way. They are all asset stripping the nation's legacy, heritage and tradition for the sake of satiating the demands of short term private equity greed.

What the current generation of pubco management have done to Britain's pubs will go down in history as nothing less than a cultural crime of historical proportions unprecedented since the reformation of the church but for far less supportable reasons.
Posted by J Mark Dodds at 5:49 PM