Are we allowed to write posts about dogpoo* without being mocked?

Are we allowed to write posts about dogpoo* without being mocked? 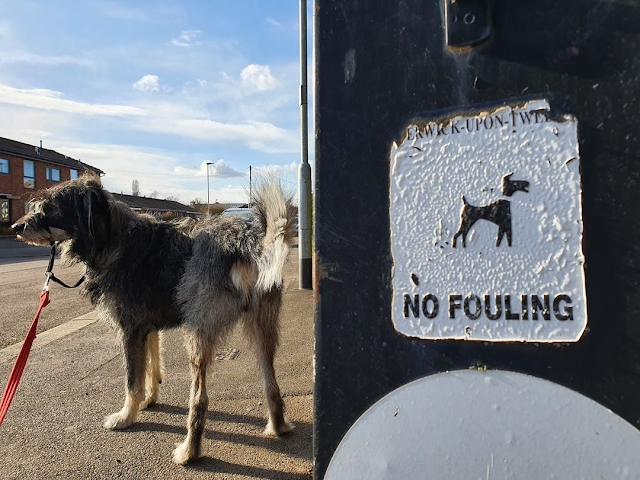 I've been picking up OTHER people's dogs'dogshit from OUR pavements. I don't like doing that. It really pisses me off but having stood in other people's dogpoo I've become more vigilant and carry extra dogpoobags just in case. Now, I know it's possible to be distracted and for your dog to slip one out when you're not watching - it happened to me when I was waiting for my Dad Roy Dodds to come down West Street and Pod the Dog sneaked a THIRDTURD out on the grass by the sign to the Blue Bell caravan site - to my shame I was daydreaming about pubs reopening and a woman and man getting into a pickup as they came out of the Co-op shouted at me 'are you going to pick up your dog's doo?' and I obliged, red faced saying 'I ALWAYS pick up my dogshit' but realised at that moment MAYBE every stray dogpoo is a result of someone not paying attention, like me, just then.

Anyway. Just wanted to post a note of THANKS to you people who don't clear up after your dog because you can't be bothered and you don't care about other people. Gives me something to do.

* Facebook restricted my account for 30 days because its bots identify me as a user of 'Hate and Inferiority Speech' over a comment I made on a thread about men sending dick pics to women. My comment was 'Fucking Men eh? Stupid. Men'... so now when posting on Facebook inoffensive adjectives and words that could be construed aggressive or rude, I'm joining up. Pathetic isn't it?
Posted by J Mark Dodds at 11:18 AM