#SavingBritainsPubs is a 3 part series by Tom Kerridge broadcast on BBC2 first broadcast 19 November with episodes two and three over the next two weeks - the series is available on BBC iPlayer for a year - if you have any interest in The British Pub, and you should, watch this series. It's good, you will learn a lot. I'm highlighting this work Kerridge has done because though it's been very well received by people who don't know much about the workings of the pub sector there's been a lot of misplaced criticism from some pub sector professionals that needs to be cleared UP. 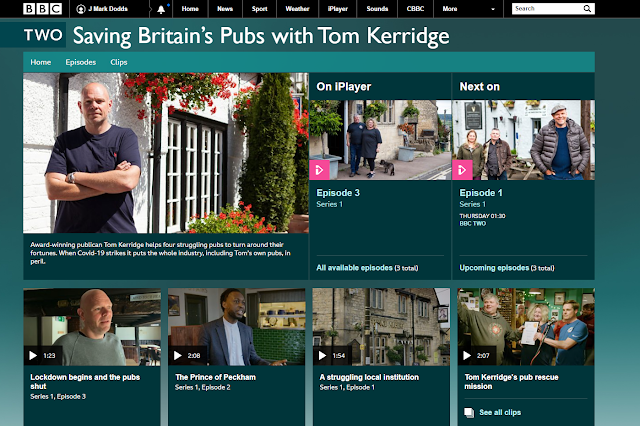 People need to be objective about Kerridge's place in the national conversation about the future of pubs. He's an advocate and ambassador for The Pub and publicans, for their significant importance to British culture heritage and society and, under the circumstances, for the hospitality sector in general. He's not on a mission to campaign against abusive tied pub companies, though he has pointed at their having fingers in the tills of tied publicans.

The stick Kerridge has been getting from some tied publicans particularly in pub related forums and on Twitter is off the cuff, thoughtless and unrealistic. And it's unfair. Kerridge has singlehandedly raised the problems facing publicans higher than any other one person has done in pub history - and with people like Greg Mulholland and Paul Crossman, Dave Law, Dave Mountford Dawn Hopkins Chris Wright and others (all of whom have been at the forefront of highlighting the issues with government for over a decade) in the audience of campaigners in Protect Pubs that's REALLY saying something, and I'm sure not one of them will disagree.

We live in Britain, a society where people who run pubs - PUBLICANS are completely, COMPLETELY ignored on any subject that is to do with PUBS

We should all be congratulating Kerridge for putting himself forward and cheering him on - he's done, and continues to do a great job inside REALLY tight parameters of the general reality about the pub sector which is that WE DO NOT GET A WORD IN EDGEWAYS

Kerridge is taking the conversation forward elsewhere - to places where he gets a more sympathetic less haughty reception than he did on Question Time where the typical general dismissive tone of assembled middle class know all wankers toward a publican cook with a regional accent was typical of the way the experience and views of professional publicans are casually dismissed over the bar in pubs the length and breadth of the UK. 'It must be great to have a job like yours, hanging out in a pub all week'.

More people in the general public know what's going on now than ever before and that's all down to Kerridge. Take a look at the overall social media response from pub goers, it's overwhelmingly positive..People are saying they never understood the problems. Lots of them mentioning the pubcos... He's doing a great job.

If you have a specific issue you believe he's not dealing with adequately, don't carp on, get in touch with him and tell him. 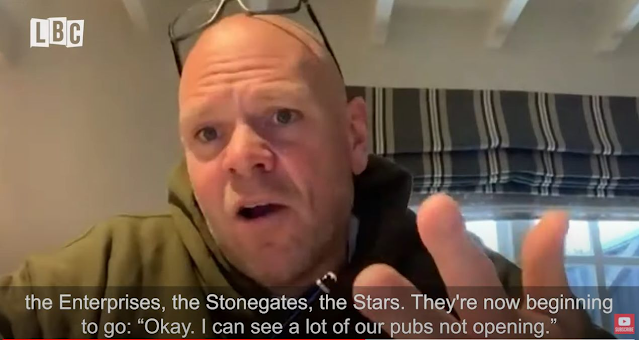