'YOU DID NOT ACT IN TIME'

Greta Thunberg was born in January 2003, the year the Carbon Trust rejected my grant application to turn the Sun and Doves into the world's first fossil fuel free, sustainable supply chain pub.

The grant was to pay for equipment to turn an 1840's built British public house, which I owned via a tied lease in Camberwell, London SE5, Carbon Neutral by retrofitting the pub's light, heat, refrigeration and water services with high efficiency low environmental impact equipment and installing on site power generation.

Calculations proved what was proposed would make the building (a very busy, award winning inner London pub) at least Carbon Neutral and possibly carbon positive (ie a net generator of electricity) and so create a high profile showcase for new technologies that would be used to proselytise to the public - in Camberwell, nationally and worldwide - that humans CAN live within planetary boundaries AND in comfort - IF we plan it properly. We believed if we could prove that we can socialise, have enjoyment and fun while being 'virtuous', surely we can persuade people to be optimistic and change habits at home as well - in order to Save the Planet. So, in 2003 I registered the Zero Impact Pub Company Ltd at Companies House in the expectation that we would win the grant, move to make the pub Carbon Neutral then take this further over the next decade and set up fossil fuel free public houses all over the UK.

The grant application took most of a year to put together by two low environmental impact building services specialists who did the work for free because we all believed the application was a total no brainer for meeting the Carbon Trust's Kyoto Protocol target tick boxes - which said applications must come from business sectors that could show high likelihood of take up of technologies in ways that would encourage the uptake of mass behaviour change across the population;  Key to our cautious optimism that we might win the grant was that I had secured £110,000 worth of match funding* from many of the pub's suppliers, and contractors who'd be engaged in doing the retrofit, and from Lambeth Council who committed hundreds of Officer hours to the project, and the Carbon Trust grants liaison people had encouraged the application throughout the year. What better way to do these things than in public houses? The most public of all retail environments possible to helping people change lifelong habits

We submitted the grant application with high hopes of success but it was rejected with the feedback that the equipment we proposed to use in the retrofit to make the pub carbon neutral 'was not innovative' so the world's first carbon neutral pub never happened and it still hasn't happened now, 13 years later.

From recollection incidentally, there was a pot of £10 million in that 2003 grant round, one of two application windows that year. It was heavily oversubscribed with £45 million worth of applications put in. In the event only £900K was granted with £9 million 100K rolled over. While we were putting our application together there were two other groups locally in south east London putting their own applications together as well. We knew this because while we used the bar at the Sun and Doves for our meetings, coincidentally the other groups used the pub for their meetings too… We were all very excited about the prospects of being at the forefront of CHANGING EVERYTHING with our applications – we all felt the government was DOING THE RIGHT THING through the Carbon Trust – and moving to make the UK a world leading showcase for a zero emissions sustainable economy. SO. the vast majority of applications were rejected and not one of ours won… the consultants were bemused, disgusted and dismayed. One changed career and moved out of London the other left the UK to travel the world. I stayed tied to my tied pub and continued to try and make a difference without a carbon neutral showcase to do it from. I was under no illusion from that moment on that government is not there to serve us, not there to change anything, just there to administer bullshit and keep the status quo the way it is... and that has been reinforced by everything I've learned since co founding SE5 Forum for Camberwell in 2006 with Barbara Pattinson and co founding the Fair Pint Campaign in 2008 with Steve Corbett, Nicky Francey, Dave Law and Gill Morris.

Now, at last, Greta Thunberg has made the message finally hit home, the message we were trying to make the year she was born, on invitation of The Carbon Trust - a government agency who ignored us for more 'innovative' things. Do we now finally have the courage to hear her message and make CHANGE HAPPEN? 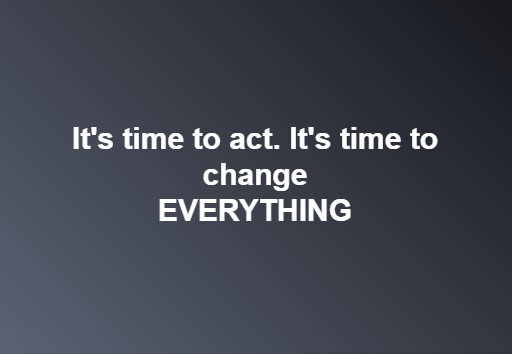 NOW in 2019, SURELY, creating a fossil fuel free, sustainable supply chain pub company is a good place, as Greta says, to start ACTING instead of talking and DOING NOTHING;

Below is a spread from an article about the Sun and Doves from 2005 Living South Mag covering what I was trying to do with the pub...

*PS - MATCH FUNDING Bringing the project together was a lot of work and the whole process was very exciting and energising. Everyone I approached for support  - individuals and organisations, big and small, was extraordinarily positive and supportive - getting such a huge amount of match funding is always hard but everyone bought into it except, ironically the two organisations who would have benefited the most from the project working:
1) The pub's freeholder, Scottish & Newcastle Pub Enterprises (now Heineken) who were completely recalcitrant and negative "If we give you the OK to do it we might get a flood of tenants wanting low carbon refurbishments" S&NPE Developments Project Manager Gary Botterill.
2) The Carbon Trust. 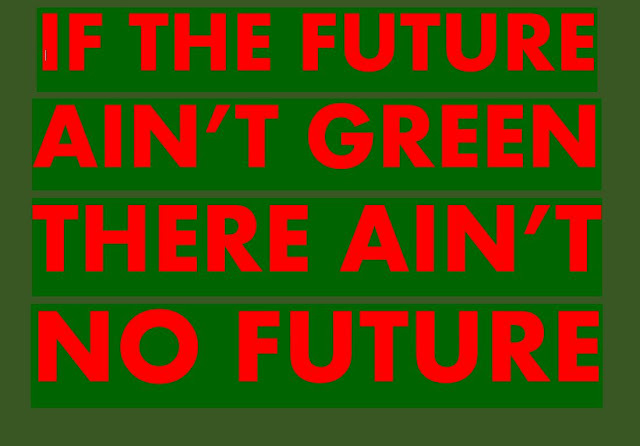