And, you know what John?

The Sun and Doves at the hands of Scottish & Newcastle Pub Company (aka Heineken, aka Star Pubs & Bars) 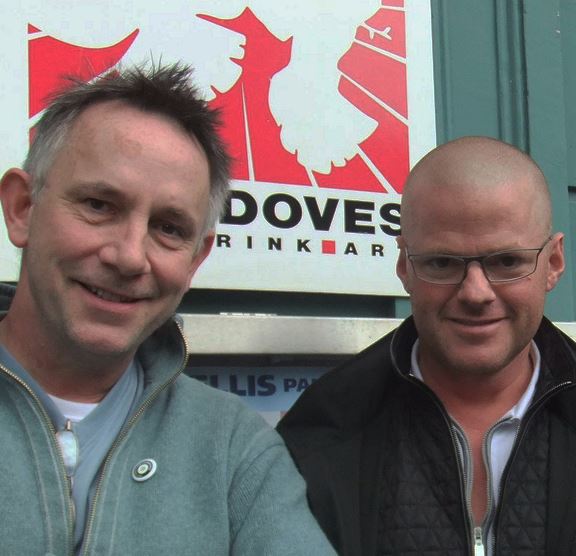 The Pacific at the hands of Enterprise Inns aka Unique Pub Company. 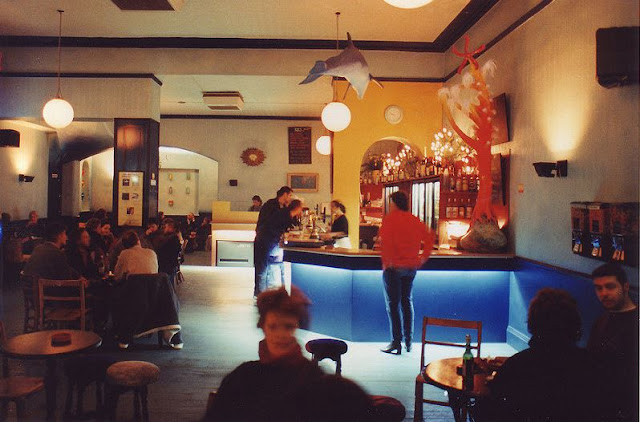 And, you know what John? (I'm sure you do BTW) Since I shut Pacific and handed back the keys in 1999 I've learned that when you're in a position of weakness and you tell people the truth, they ignore you, belittle you and treat you as if you are a liar.

And, you know what John? Pacific shut in 1999 with the pubco having given me promises of financial, legal and material support, having lied to me about licensing conditions, lies without which I'd never have even signed the lease, lied about terms of my future tenure and all manner of other stuff and, my habit taken a filthy no hope utter shit hole boozer with dogs on string as the most frequent customers, a key meter for its electrical supply, extensive, rotting private accommodation without even a hot water boiler or central heating and turned it through two weeks of intensive refurbishment into South East London's buzziest, busiest most exciting, slightly more civilised, slightly more responsible, slightly artier, slightly safer and more sophisticated version of Brixton's 'Dog Star' they simply more than doubled the rent. Incidentally the Dog Star was Punch and I knew the lessee there, and what happened to him at the hands of Punch... just another of the hundreds of lessees I know who have been totally rolled over by the spivs of the Great British Pubco Scam...

And, you know what John? Then, through sixteen years' experience of similar lies and skulduggery at the hands of another pubco, whose staff literally were interchangeable with all the other pubco's doing exactly the same shafting of tenants all over the UK, I learned that the whole construction of the beer tie and its endemic abuse is a scam. And I set up a blog in 2004 called 'they got me over a barrel' and in time began to call what happened to me and literally THOUSANDS of other Licensees across the UK, every year, year in, year out, the #GreatBritishPubcoScam...

And, you know what John? I became determined to do whatever it takes to end that scam, the endemic, cynical, deliberate and intended extraction of all tenant profit for the benefit of the pubco, forgetting pubs, publicans and the people and places they've sustainably served through previous generations... And in the last twenty years I've met hundreds of these tenants, I've met dozens of politicians, I've worked alongside extraordinary other Licensees towards our common goal of wanting to see fairness and freedom in the tied pub sector and what has been consistent all the way through is an attitude among the people we meet in our campaigns, MPs, ministers, 'Pubs Ministers', pub sector pundits, journalists, beer bloggers and business correspondents, people who want to know WHY pubs are failing everywhere, all the time, without respite, people to whom we simply explain what's happening in great detail, with clear evidence and verified, unshakeable sources of facts and figures about the national cultural crimewave that's ripping through communities from John O'Groats to Land's End leaving them bereft and grieving for social glue that's been stolen forever by greedy men in dark blue suits... And all through this experience, for twenty years I keep being told by all these people who we've proven to that it really is the #GreatBritishPubcoScam

And, you know what John? You know that 'they' say? They say: 'Hear what you're saying and though it does look like that, I/we don't think you're reading this right. Are you sure you're being objective? You see, it doesn't make sense... It has to be wrong, it can't be on the scale you're describing surely, what you're describing is not representative of the whole, no company in it's right mind would behave like that, because what you describe simply isn't sustainable, is it? Why would they do that? I think some of what you're saying is true but overall it's to do with changing habits, externalities, market forces, competition from new business models, like Starbucks and the high street, micro pubs and so on... '

And, you know what John? Answer all of their cautions, prove they've fallen for the pub sector scam stories and they look at you, glaze over and switch off.

And, you know what John? They don't believe the truth from the little people while totally accepting the lies of the Big People. It makes me sick.

And, you know what John? It's the #GreatBritishPubcoScam that continues to prevail against evidence, reality, common sense and decency.
Posted by J Mark Dodds at 5:29 AM