The Jolly Old British Boozer Has Not Had Its Day

I went to a talk this evening with Jonathan Meades and Jamie Sutcliffe. Not sure who Jamie is but Jonathan Meades is the man as far as I'm concerned when it comes to the British and the built environment and cultural change.

We had brief correspondence in 1997 over the beer tie and what pubco's are doing to pubs after he wrote disparagingly about 'the Giga Brewers' homogenising Britain with their bland brand beer and bland Pub roll outs steering everything to be the same, characterless and expensive, from John O'Groats to Land's End, in a Sunday Times piece.

He said he would be interested in covering the tie if I could get half a dozen other high profile tied publicans who've been flagged up with mainstream press awards to speak out against the rents and beer prices as I was telling it. But of course, I couldn't get anyone to go for it. Worried about being totally screwed and put out of business at next rent review. Etc.

Anyway. Tonight's discussion was about the randomness of what happens to cities as they grow, develop and pass through history.

I got a question in about what's happening to pubs at the hands of profiteering private equity on the back of pathetically weak planning protection (I really did get that alliteration in) to the extent that the Carlton Tavern (clearly, from the audience reaction, most people there knew about it) being demolished... And how these kind of events are accelerating and impacting on society now in a way that is reported as being randomness of development pressure but really is a scam that's eroding our culture in ways that are leaving scars in our traditional and historical time line...

Ergo is Jonathan Meades concerned about what's happening to pubs?

Yes. Was the answer. Important thing.

Briefly I spoke to Jamie Sutcliffe afterwards and he said he'd follow up by emailing me with some writing he's done about pubs and we maybe can have a chat.

This reminds me that the poet laureate Carol Anne Duffy has written about pubs and might under the right circumstances take a bit if notice.

I believe we have to take the discussion about pubs to the academics and intellectuals. That is where we publicans who know so much but are perennially sidelined, patronised and ultimately ignored, will find our voices heard. No one else can see the pubs crisis for what it is. They're all too busy or too self important to be bothered about pubs, or they're profiting from the demise of the jolly old British boozer that's had its day.

It really is a crisis. MRO is going to have a massive impact. The pubco's are going to be combine harvesting the tied pub sector into oblivion in their uniquely spiteful and vindictive ignorant corporate way. 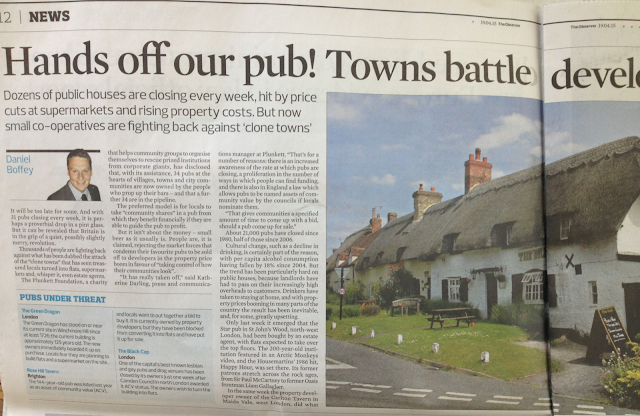 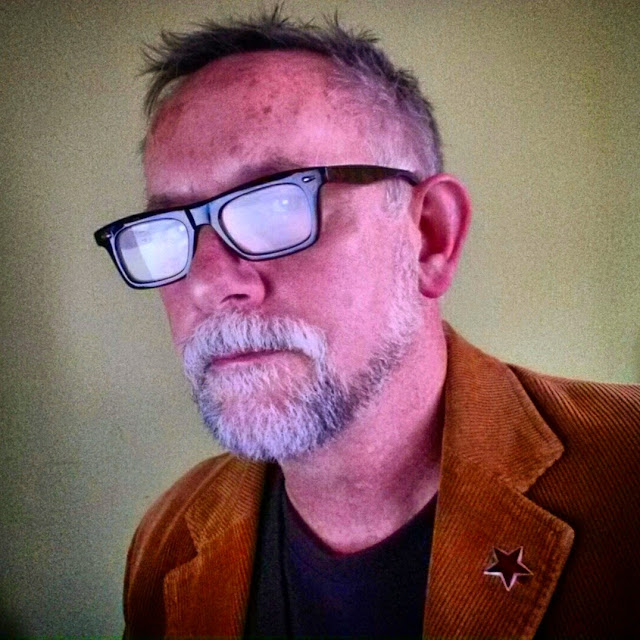