The Railway Inn, Pleasington an Out of the Grips of the Tie Success Story

PUB OF THE WEEK: the Railway Inn, Pleasington
Article in Lancashire Telegraph by Mark Briggs (Real Ale Up North @realaleupnorth ) 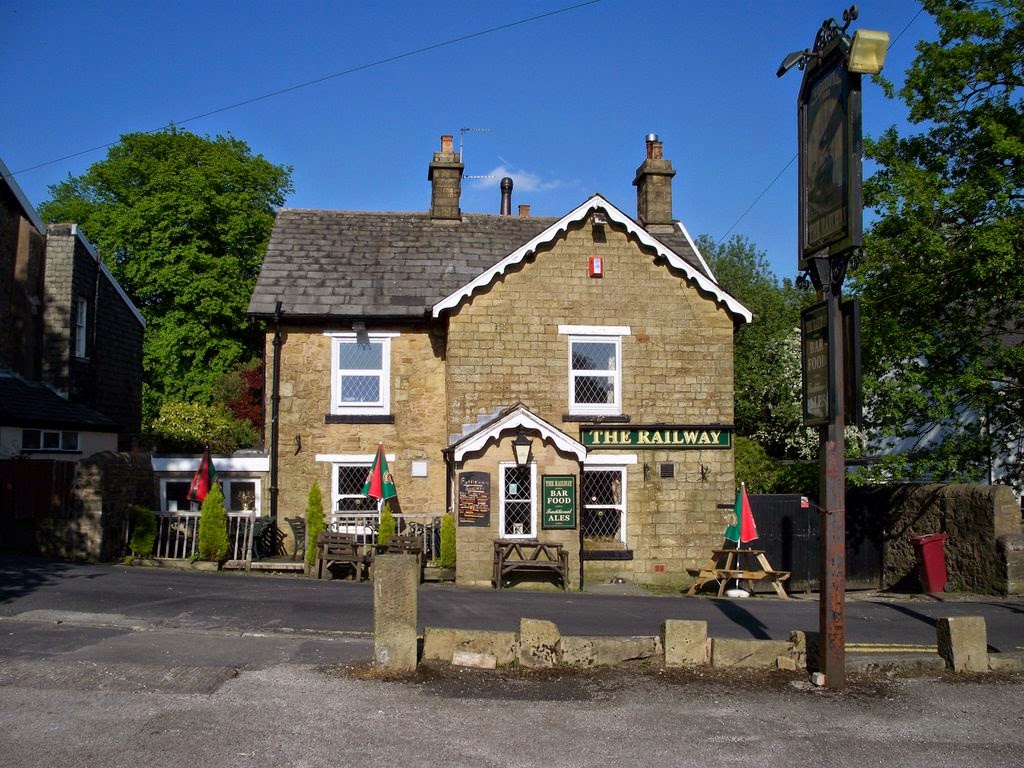 This former Enterprise pub was on its arse twelve months ago!
This article stimulated a discussion in the CAMRA (unoffical) facebook group which included a comment by Martyn Cornell, well known British pubs and beer expert who publish articles praising people such as CEO's of pubco's like Ted Tuppen for being saviours of the pub industry (which is visibly collapsing around the country), pointing out that pubco's' expecations of return on investment make them sell pubs they believe to be non viable and there's nothing wrong with that. He uses the term 'ROI' which in itself implies there IS an INVESTMENT in the first instance... My observation was:

Pubco's, by and large, apart from the initial purchase, do not invest in pubs. Pubco's misrepresent their pubs' potential for future profits, set rents at the value of the business post investment by an individual, imaginary lessee, and market them to let accordingly.

The incoming lessee/licensee/publican is the one who invests, directly financially, and with effort, skills, experience, time and graft. The pubco's then reward the lessees by supplying their estates with tied beers at prices increased dramatically over open market rates (up to double free of tie rates) by their profiteering margins.

These nefarious dodgy activities diminish the potential returns that tied publicans can earn, depress profits and leads, over decades, to serial business failure of pubs, massive tenant churn, and to chronic lack of investment in the fabric of the British tied pub estate.

The symptoms of this sickness in the pub sector is thousands of boarded up, run down, evidently failing pubs all over the UK. The costs to the exchequer are huge as business failure leads to families being evicted and housed by local authorities, huge losses to HMRC and to demands on social security. In effect, the tied pubco 'business model' is massively subsidized by the public purse. Ironic that when Admiral Taverns went into administration its main creditor was Lloyds Tsb, when the business was bought by American hedge fund Cerberus the bank - ergo the taxpayer - took a £600 million hit on the debt. That all worked out well for pubs and community and let Admiral continue on its own way meddling in tied pubs without the weight of all that very nasty debt that is forcing Enterprise and Punch to sell pubs off as fast as they possibly can, in an effort just to meet interest payments on the gargantuan loans they raised irresponsibly to buy their bloated run down estates in the first place.

Much of this damage to community and society is entirely avoidable but not as long as the beer tie remains roundly abused by corporate robbers like Enterprise Inns.

They're all at it by the way - Greene King and Marston's are just as bad. And many of the 'family brewers, like Shepherd Neame, are bandits in this area too.
Posted by J Mark Dodds at 7:56 AM