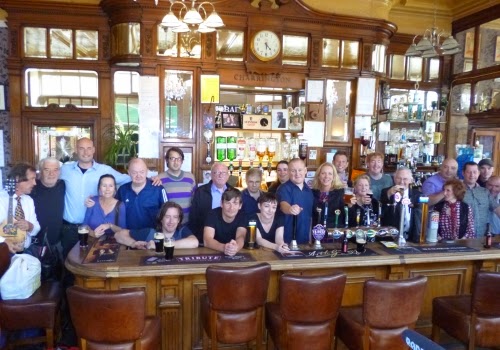 So, though everyone but the developers agree the pub is being rolled over Peter Lerner, self professed consultant and 'founder member' of the Campaign for Real Ale CAMRA said:

“Our nostalgic memories will have no effect on what happens today. The change is not an issue for the planning authority. The proposals hold no threat to the Golden Lion.” What? "Hold No Threat"?

Unless the quote is out of context and misrepresents Lerner's meaning, it's clear he is a Judas and actually supporting the planning application.

Who is this Peter Lerner who claims to be a founder of CAMRA? Who, as a 'founder member' would utter such nonsense if they had any understanding of the value that good pubs bring to good communities?


It is obvious even from a distance that this pub is subject to the machinery of the Great British Pubco Scam where tied pub companies asset strip Britain's most treasured assets in plain sight of the nation, profiteering by selling pubs purely for development, to unscrupulous developers, while claiming there is no viable future for their pubs.

#GreatBritishPubcoScam there is NO @FairDeal4Locals
Posted by J Mark Dodds at 6:59 AM