News of this tragic story started a couple of weeks ago with reports of a publican going missing from his pub, along with almost £30,000 of his customers' Christmas Savings Fund.
The Landlord Who Stole Christmas
This whole thing has unfurled grimly starting with implications of the man being a calculating charlatan taking advantage of his trusting loyal locals at the most emotionally charged time of year, waving gleefully 'cheerio suckers' and skipping off to the Continent on a booze cruise never to return with thirty grand weighing down his pants.  The mug shots accompanying the articles make Malcolm Levesconte look like a time served, hardened criminal: 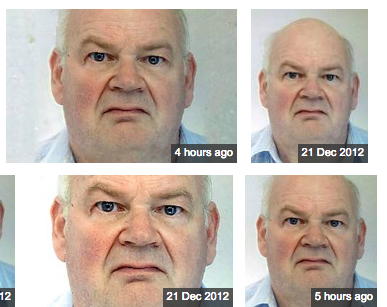 Now then.   On the face of it this all seemed a bit nasty on the part of the publican.   What could any publican possibly be doing running off with all that cash at this time of year unless for nefarious reasons?

Well, I suspect that many tied publicans across the UK may have read this news as it unfurled, as I did, and wondered 'what is the back story to this man doing a bunk?   It doesn't really stack up - why would he be doing a runner now when he could have done it any time?' Many, many of us Tied Lessees don't need to know the detail to be able to put together a rather more likely scenario: one of a well loved, trusted and respected publican, a pillar of the community, a man looked up to whose opinions are sought on all things local, a man people could turn to when the going gets tough and the chips are down.   A man proud of his reputation and his standing, a man who would be ashamed to let anyone down on anything no matter how trivial or grand.   A man of his word.   A man who knows his trade, a man widely expected by his customers and all who knew him to be looking forward to retiring gracefully in the sun at the end of his long tenure of the local community pub.

My immediate thought was: 'He's a Tied Tenant, his business is strangled, the cash flow dried up, his money ran out, he dipped into the Christmas fund thinking he could top it up again from the summer takings, or something like that, the summer happened, the takings didn't, and he ended up using all the money to pay his bills, his rent, his beer deliveries and suddenly Christmas was on the doorstep'... and he took a 'trip' to France and well, he'll have jumped off the ship won't he?.

I hoped from the start it would turn out that Mr Levesconte was NOT a Tied Tenant.   I hoped he'd left with a plan and a happy exit and an existence somewhere fabled and forever because the likely alternative was just too gruesome to contemplate; that would be: He went off to kill himself because he couldn't see any alternative way out:Other Tied publicans understand the plight of a hard working proud man squeezed by circumstances beyond his ken into a position from which there is nowhere left to go except down and out.  Because they've been not too far from it themselves: They can imagine a lonely, isolated, frightened and disillusioned man, tragically reduced to furtively doing cash transactions with other people's money to keep his business and the appearance of success going as long as possible, anticipating with dread the coming Christmas season when it would all come crashing down and he would, one way or another, have to face the shame, the ignominy and public opprobrium over the facts of his being a failure and a fraudster. Rarely do I need a box of tissues when reading about a publican's story and although this one is only sketchy I cried thinking about Malcolm standing on the deck of a cross channel ferry contemplating the sea, the night, the wind and his customers and his family before he stepped over the edge ...
Even though I HATE the pubco's with a fury I'd never want to see anyone driven to suicide because of the pressures of owning a Tied lease.   I was so close myself once...

The whole has not yet come out about what happened behind Malcolm Levesconte's disappearance and tragic death.  But I feel for you Malcolm.   I think we all do.

This story has been followed on a private forum for publicans who are licensees of Tied pubs where they share experiences and anecdotes about their pubcos and how to deal with them.  It might be called speculation but there was no doubt from the start that collectively we knew the end of the story long before his body was found in the sea off Dover.   As several people on the Licensees Supporting Licensees Forum said: "There but for the grace of God ... " 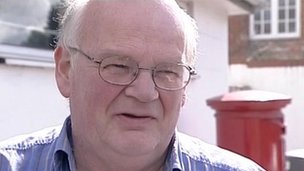 We feel for you, and for your nearest and dearest, Malcolm Levesconte, Rest In Peace.

Publicans from the Licensed Trade all over the UK.
Posted by J Mark Dodds at 3:32 PM