FROM PROPEL NEWS pertinent to #NoPubNoRent

#NoPubNoRent
Morgan Davies, CEO of Barburrito's piece in Propel Info nails the problem that's at the core of the toxic tied pubcos that are the British model for international disaster Capitalism.

Everything HAS to change in the pub and brewing sector if we are to enjoy great pubs and great beers for future generations. There's going to be a massive amount of fallout from lockdown - huge numbers of pubs and small brewers are going to go to the wall - they've been under enormous pressure already, squeezed by the globals and nationals, and this time for reflection will make many decide to throw in the towel. Life is too short to spend the whole of it working 60-90 hours a week, year in year out, earning less than minimum wage, kettled by Big Business and 'the Free Market' of which there is no such thing in the beer and pub sector.

There needs to be a commerical, cooperative, multistakeholder owned pub company with national reach that operates for the Right Reasons - to be regenerative and sustainable not extractive and short term as is the status quo... on to Davies' piece as published, below:

The UK retail and leisure property market has been over-inflated for years. Since I began running restaurants, operators have been saying the model is broken, that upward-only rent reviews based on the “evidence” of the latest person to over-offer on a nearby unit have been driving up rents to unsustainable levels. Short supply in triple-A locations and overexpansion by clumsy national chains has led to highly compressed P&L’s across the high street. In my opinion the property model and setting of “market rents” has created a situation where many operators are now running too close to the wind or at least have a tail of sites that are very close to being loss-makers. A few years back, landlord agents were fizzing with enthusiasm about how much a certain burger chain was paying per square foot, a certain pasta chain, a certain diner. Well, that didn’t work out well, did it?

Now, the current restaurant property model just about works when sales are growing for everybody at 5% to 10% a year. It doesn’t work when sales drop.

At the moment, landlords are entirely focused on the March rent quarter. They are understandably worried/upset/frustrated they haven’t been able to collect huge sums of money. I empathise with them, in particular those that actually need the rent to meet repayments. However, and it is a big however, I think many are missing the big picture here. Forget about the March rent, in fact forget about the June rent (which operators will be paying that?) The big issue is we are facing a fundamental shift that may mean retail and leisure rents need to change – forever. As one agent said to me recently, we are all kicking the can down the street at the moment. The big issue lies ahead.
What is going to happen next? Well, we all know operators like to model sales variations. We need to sleep at night. A 5% increase in sales looks fantastic. A 5% drop in sales can look concerning and, for some, fatal. The general public don’t understand this. How can 5% make such a difference. Most landlords don’t understand it. Many of our landlords make much more money on the unit we operate than we do. Now, throw in a 50% drop in sales and what happens? The model is entirely broken. Let’s just say we are all being pessimistic and sales will come back at 60% of previous levels. Still broken. Let’s say sales come back at 70% and creep up to 90%. Still broken. Run the scenarios if you like. Where rents have been pushed to a level that makes unit viability extremely tight across a wide portfolio, it’s logical to think a BIG drop in sales will make many units in an estate unviable and, therefore, many businesses unviable.

And, don’t forget, this had started before covid-19 arrived. The administrations had started. There were already increasing numbers of empty units in the high street. I can think of several “triple A” schemes where the landlords simply couldn’t let the units, even at 50% of the desired MGR with a turnover top-up. That was seismic. What is happening now is so much bigger. We are going to see massive changes in the high street. There will be opportunity within that but there will be a lot of heartache and collateral damage. 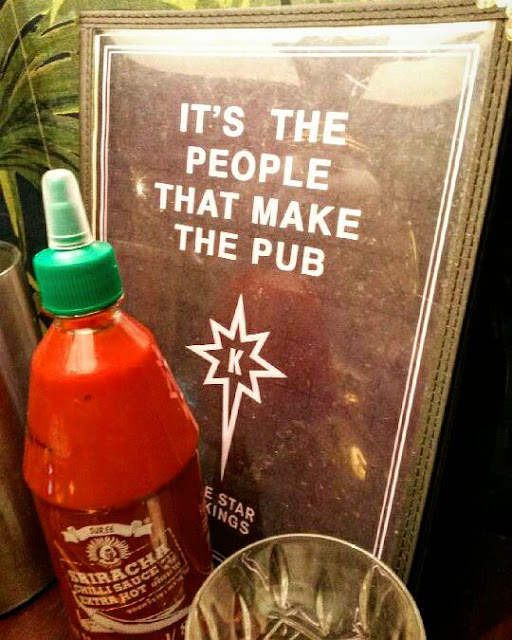 So, what the hell happens now?

At Barburrito, we are perhaps luckier than many. Fast casual feels like a safer place just now – we are strong on delivery and takeaway and our labour model enables us to operate at relatively low sales. But more generally, the property world (and their backers) need to wake up very quickly and realise their world has changed – forever. We need landlords to stop messing about with myopic conversations about repayment of arrears and to focus on how they are going to work with their operators to save their businesses over the next 12 months and, selfishly, the value of their own investments. We need rent holidays right now. We can’t pay rent when we are closed – a fact! We need fast intervention of flexible (and protected) rent contracts that work for the operator in a period where nobody has any idea what is going to happen to foot traffic and bookings. Think turnover-only rents initially (or does your landlord know what your sales will be in August, September, October?). Then think 50% of current rent for quite a while, plus turnover top-ups. Try asking the operators what the answer needs to be for them to remain open! More than a few operators have said to me that specific landlords can have the keys back if they think we are paying full rent at any point this year. Who is going to back fill those units?

What happens if there isn’t an incredibly fast response to this? Simple. Mass closures through administrations and pre-packs, mass job losses, hoardings and “to let” boards throughout the UK, a lasting depression. Then rents will come down – forever. I am not being dramatic.

Morgan Davies is chief executive and founder of Barburrito