A SHORT STORY about the power of people working together against all odds.

A SHORT STORY about the power of people working together against all odds. 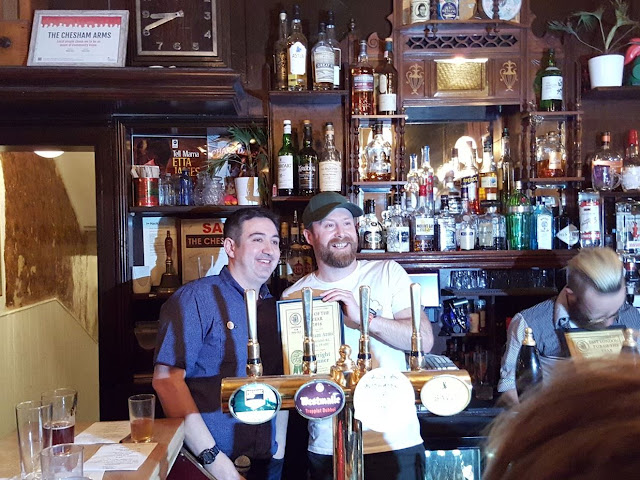 James Watson is one of Protect Pubs' founders. James is an ordinary bloke who likes a beer. Yet James is also a #PubHero He is in large part responsible for the campaign that led to a closed 'suitable for alternative use' local pub being saved from inevitable conversion into housing. 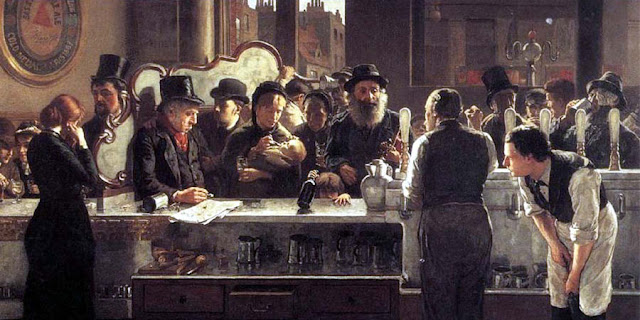 Like all stories about pubs, it is a long one; James may put more bones on but basically the pub suddenly closed and was a goner, sold to a developer for a ridiculous figure who immediately boarded it up and made plans to turn it into residential... Locals came together and worked their socks off for a couple of years and against ALL odds, made a miracle happen. Eventually the predatory developer had to give up and re-let the pub as a pub and the Chesham Arms eventually reopened again, completely refurbished in part BY the community, in 2015.

James is a senior, highly trained and experienced electrical engineer. The principal responsibility of his metier translates modestly to:

'It's my job to make sure London's lights stay ON'.

To put this into context James' work involves fiddling with cables thicker than a telegraph pole and switches bigger than a domestic oven.


James' wide ranging non-professional interests take in photography, the collection of, playing and listening to vinyl recordings on high quality very high fidelity equipment. He's a sociable person who loves very well kept ale and everything it goes with, including pies; so he's been a CAMRA member for some time, and he and wife Sarah enjoy visiting pubs wherever they go, to get a feel for the locality and the offchance of meeting people and getting to know more ...

He and Sarah Watson (who created the Protect Pubs' website) lived in Poplar for some years. James noticed that ALL the local pubs were closing and became concerned that without pubs there was nowhere for he and Sarah to meet people in their neighbourhood and saw that without pubs there was no way to sustain the traditional weft and warp of local community, no way that people who don't know each other can meet and glue together socially and this became a great concern.

James began looking into this and began to come across others, similarly concerned; people like all of us in Protect Pubs, people who are, for all manner of reasons, alerted to the very serious deleterious multiple impacts each pub closure represents to its own community, as local social networks rapidly fray and to the fabric of wider society and to the very foundations of Britain's unique Sense of Place. That bit of Britain that peculiarly defines US to the rest of the world...

When The Chesham Arms, HIS Local, closed James got together with neighbours and then mobilised parts of the wider local community. Together they arrested the inevitable and put the pub's history back on track... They made history.

IMAGINE what WE, all of us in Protect Pubs, thousands of us, can do together. We can make history on a much bigger scale. All we need do is work together...

First thing we can all do is send emails to Government and demand that Permitted Development Rights be removed from Pubs' planning class... Might put a template below here.

https://goo.gl/photos/Pit7SSfWJb6duVKDA
Posted by J Mark Dodds at 4:59 AM