Are You Thirsty For More?

Campaign for Real Ale CAMRA is being slagged off rotten in some places, mostly on blogs for publishing this leaflet headed 'Thirsty For More?' which they intended to distribute to student union entertainment venues all over Britain hoping to attract young members. It went badly wrong... If you'd like to join the 304 people who've signed it so far HERE is the link  I think it's a bit embarrassing but not for the same reasons as I oughtta: 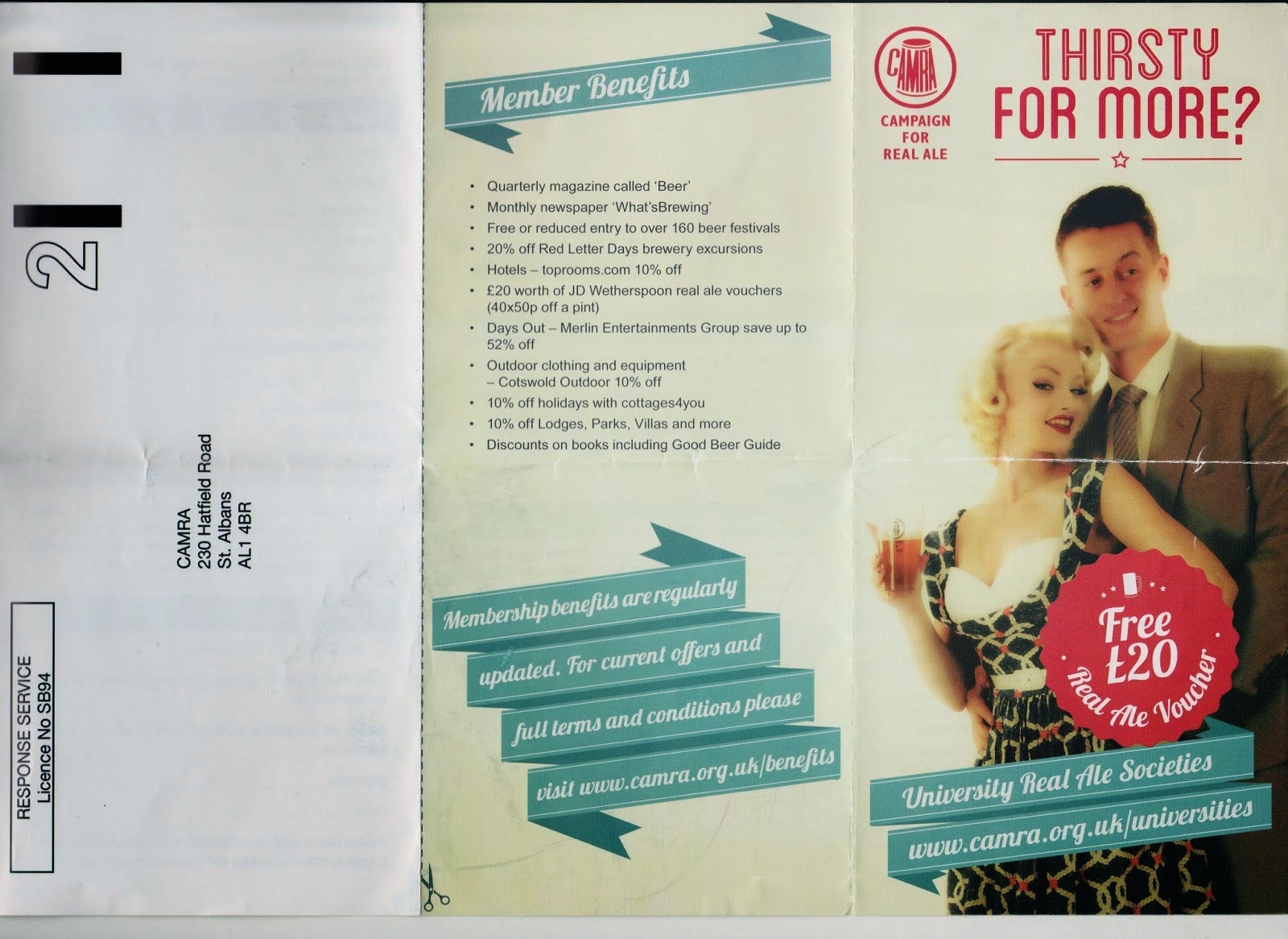 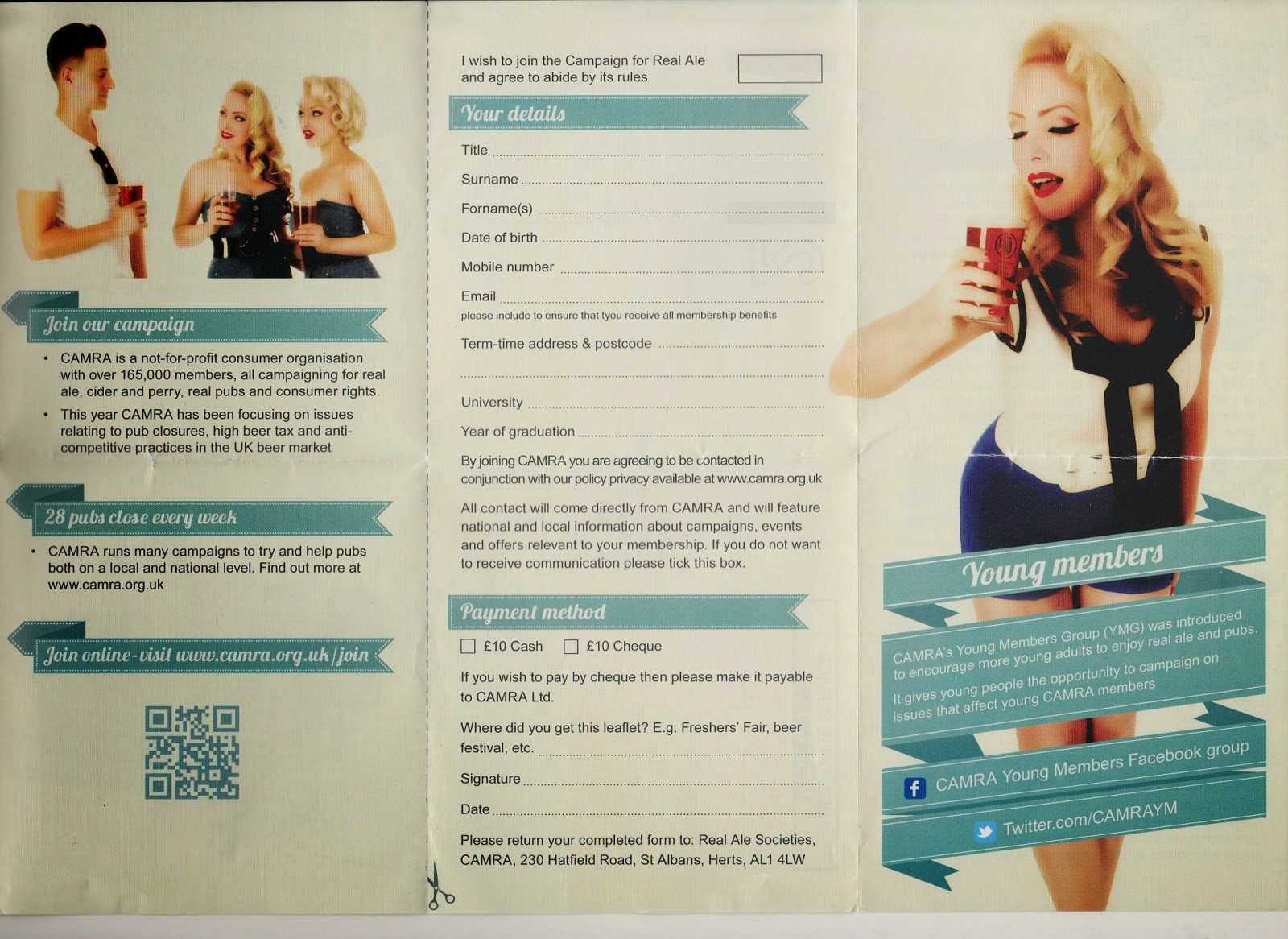 It IS context is all.

IN the context of contemporary society the CAMRA leaflet is gauche not offensive and the outrage it's engendered is as silly as the leaflet. Google 'adverts with women' and click 'images'. I did. The first one that I got is an almost naked woman alongside with the slogan 'The cleaner you are, the dirtier you get' for new and improved Lynx shower gels.

The pub and drinks industry is run almost entirely by men, and it most certainly IS dismissive of women, and that needs to change. There is a LOT that is wrong about the industry but the misogyny in the sector doesn't live in St Albans, home to CAMRA.

I'm sure, in fact I know, CAMRA head office aren't prone to boorish or laddish behaviour of any kind. Generally they are polite, careful, cautious and risk averse with an academic slant. They use words carefully. They try to anticipate how their work will be interpreted out of context.

The leaflet has been pulled, this ructious should go away. There are far more serious issues of fairness and social wrongs that people should be attacking now instead of CAMRA
Posted by J Mark Dodds at 5:51 PM