Martyn I consider what I post and how it may be interpreted. I'm not bothered about damaging a campaign or how as you describe a shouty sweary post may affect my standing. There's too much bollocks in the pub sector and the people no one takes notice of in all of its debates are the people who really run the industry, the day to day Publicans. We're constantly patronised and looked down upon by people like you, self appointed hobbyist arbiters of half truth.

What's been happening for the last two decades as tens of thousands of pubs have suffered chronic underinvestment leading to mass failure of the sector is a massive cultural crime. It's a premeditated plundering of Britain's most fundamental, viscerally significant icons of our way of life that offer communities everywhere some of the deepest foundations of their sense of place. It's not a matter of opinion; it's manifested on every community all over the UK.

It's been brushed off by people like you broadly as immutable market forces. When the true market force has been simple asset stripping of our cultural heritage on a historically unimaginable scale.

If people can't take notice when facts from the shop floor exposing the truth about what's been happening in the pub sector are delivered to the press and to government in the correct polite manner and perennially ignored there's a case for shouting and swearing about it because it's totally out of order that a bunch of white collar criminals running a few pubco's should run away from the pub sector with £hundreds of millions leaving the people of Britain with a landscape of broken pubs and communities bereft of unique, vital social hubs. If people can't take notice of the bleeding obvious then the odd considered shout and expletive is not out of place.

Politeness gets us nowhere so what the fuck does it matter if swearing doesn't either?

No. I'm not bothered it may damage an honest cause.  I'm bothered about balance and openness and fairness, and about getting things done before ALL the horses have bolted.

Punch have recently taken to arguing that a pub, by nature of their being other pubs nearby, cannot rationally  be considered an Asset of Community Value as people can simply use other pubs. At the same time they've become landlords to Tesco, having decided to dispense with the charade of selling to developers who specialise in flipping over to alternative use. What can be more blatant evidence of what's going on as the pubcos pretend to update codes of practice they're flogging off whatever they can whenever possible. The other side of the evidence that proves the lie that these pubs are no longer wanted and are 'economically unviable' as Punch / Enterprise et Al would have it is that in many cases there's a community campaigning to try to save the pub for themselves and posterity, knowing that these pubs will thrive when invested in, brought up to contemporary customer expectations and well run. Most people know there's no such thing as a bad pub, only one that's badly managed. The pubco's have been the worst management the pub sector has ever experienced.

I'm sick to death of this tucked up corrupted backwater of an industry. I'm appalled by the persistent lies, obfuscations, deceits and perennial denial of bad practice and cover up of criminal activity.

The People's Pub Partnership project is NOT a campaign.. It's a proposal to create a people powered pub company that's operated profitably for the right reasons. For the preservation of healthy communities, their people and their pubs. 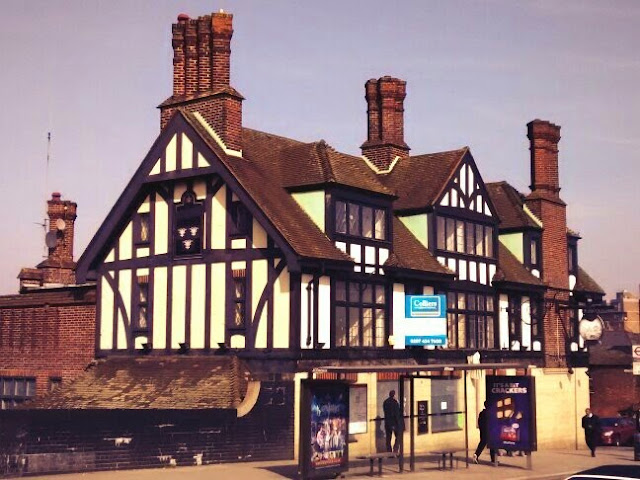