The Fox: the Curious Story of a Local Pub 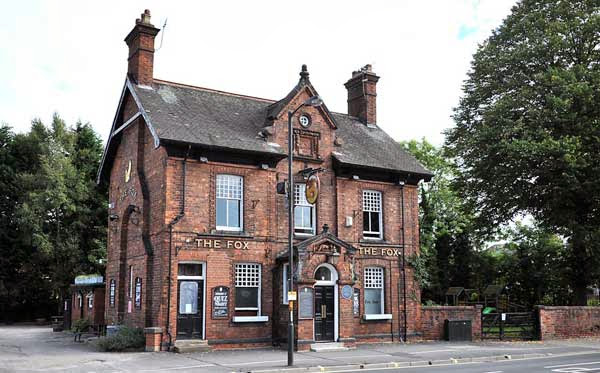 Punch are asset stripping charlatans who churn pubs purely for their cash cow value. No more no less.


They are not special, they are just one of a cartel of pubco’s who’ve stitched up the UK pub sector to their own ends for the last twenty years. They care nothing for bricks and mortar, pubs, beer, tradition, cultural or community. They’re largely responsible for the manifest failure of the pub sector and they always blame everything and anything and anyone else for the demise of their pub estates as part of the cover up for their hands being firmly in the till of Britain’s very own unique cultural legacy, the British Pub.

The ‘business model’ they all employ, the tied lease, is a carbon copy of each other’s practice and they have made it dependent on enticing other people – tenants – to invest their own money in the pubco’s pubs. Along with cash injection of entrepreneurial tenants the pubs get a considerable dose of vision, personal energy, commitment, and very hard work invested by the lessees keen to make ‘their’ business work for them, and for their ‘partners’ the pubco.

Underlying this is the pubco’s gigantic debts, borrowing they raised to buy then pubs in the first place (the pubs have never belonged to the pubco’s at all) and to service the interest only on their irresponsible borrowing is the fact that pubco’s HAVE to charge their tenants over market rent and DOUBLE the open market price for beer and other supplies… Just so they don’t default on the financial obligations they have to their lenders.

Had a look at Punch’s marketing on this:

"The Fox Inn is a striking example of a purpose-built Victorian pub, dated to circa 1878; it is full of character with many original features. The business is well established and has good barrelage with an emphasis on cask ale. The pub benefits from a large car park and an extensive and popular beer garden which has been used as a venue for several music festivals. Punch plan to complete a sympathetic renovation of The Fox, keeping the authentic feel whilst enabling better use of the space. Punch will also consider working in conjunction with a microbrewer on this property."

1) How ‘well established’ can a business be under such circumstances as described above?

2) Reiterate that with the large car park and ‘extensive and popular’ garden. How popular can a pub car park and beer garden be when the pub is closed because the pubco made the business fail?

3) ‘sympathetic renovation’ in Punch’s parlance nearly always manifests into a refurbishment that shouts to a passer- by ‘colossal corporate cock up’ – it’s difficult to describe what exactly the problem is with pubco refurbs. They all have super shiny signage, hard edges and very unsympathetic decisions are made about how space is used. They are almost always rubbish and make even family run pubs feel corporate, anodyne and carbon copy.

4) What they mean by ‘working in conjunction with a microbrewer’ is that a good brewer is likely to make more money than someone who’s just a publican, which means Punch can take more money out of the mix, for longer, than they could if the tenant were not a brewer.
Posted by J Mark Dodds at 3:22 AM