'Should We Take Over a Tied Lease?' 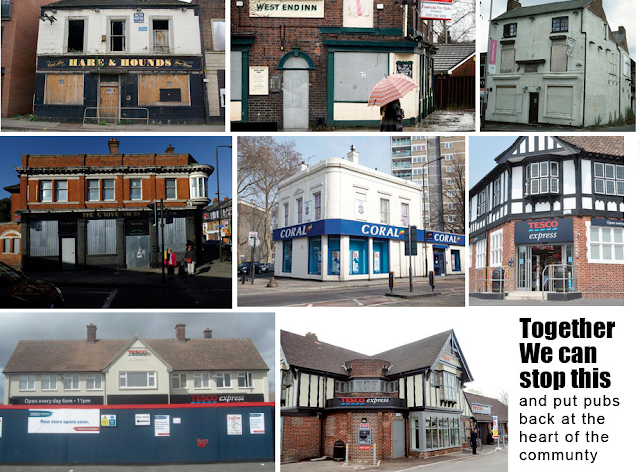 The UK is littered, the whole country, with obviously failing, run down and boarded up pubs. The pubco's between them have 'disposed' of 9000 'underperforming units' since 2008.  And that figure is separate from the hundreds of pubs they have openly reported as being shifted in response to market needs. There's not been a lot of general news reporting about this massive rate of business failure of pubs but it's all in the company accounts where it can't be hidden fully from public scrutiny. These are the Great British Tied Pub Companies and they all behave the same way.  It seems from evidence of news stories all over the UK where journalists report on local communities' fighting to save the last pub in their area from being sold for alternative use as residential, betting shops or Tesco Local, that Enterprise Inns are probably the most active and aggressive of all pubco's in shifting pubs out of their estate onto the open market. Enterprise are the one the others like to emulate, closely followed by Punch Taverns.

The interest payments ALONE on one of the main Pubco's gigantic debt mountain are in the region of £400 million a year - that's interest only without any repayment of capital. Some people describe this as a massive, failing, Buy To Let scam.  At least £100 million cash of these debt repayments for the last five years has been made with income from pub disposals because the company's rent and beer income is not enough to service the debt.  This process is described as 'eliminating unwanted outlets' by Bloomberg reporting on Ted Tuppen, CEO Enterprise Inns delivering an interim company report, and 'reducing debt burden'. 'Eliminating unwanted outlets (350 in the next six months) is not, perhaps, what many of Ted's tenants will consider an appropriate way to describe their pubs, every one of which are small businesses run by hard working people who are known in other contexts as Enterprise Inns' entrepreneurial 'business partners' and 'lifeblood of the business'.

The main Pubco's addiction to debt has turned them into zombie companies only able to keep paying the bills by asset stripping everything in 'their' property portfolio. Their only source of income are their tenants in a pub market where beer volumes are dropping year on year and rental income is collapsing because so many pubs are failing - precisely because tied rents and tied wholesale beer prices are so high customers are shopping at places that give better value than underinvested tied pubs can.

It was reported a couple of years ago in Publican's Morning Advertiser that a new tenants' average lifespan in a tied pubco lease is 18 months.  The 'tied business model', long described and marketed by pubco's as a 'low cost entry' into the pub trade, has had its day - fact is there's no such thing as a genuine low cost anything - and where there's little investment there's generally little return. New tenants can get into a new tied lease more cheaply than buying a freehold but once they've invested it costs to get out; their life savings, several years' hard graft, and often their home, shirt and self respect.

The Tied Pubco's can't escape reality - and neither can their tenants, new or old - their 'business model' is entirely dependent on new money coming into the pub sector from new tenants, and on their existing tenants performing financial miracles, and working harder and harder all the time to make their businesses do the impossible.

It's called The Great British Pubco Scam.  It's destroying pubs everywhere with a calamitous and permanent impact on Britain's unique social traditions, our cultural heritage and the very sense of place that helps define and make communities different and special everywhere.  It's an absolutely unprecedented Cultural Crime which is nothing short of Pub Genocide that will be remembered alongside the dissolution of the monasteries as one of the defining historical shifts in British social fabric.

This There are huge numbers of cheap freehold pubs coming onto the market and there's quite a lot of free of tie leases around if you look hard enough.

Do not take on a Tied Lease under any circumstances...  Not even a Charles Wells - You'll almost certainly regret it.
Posted by J Mark Dodds at 3:46 AM