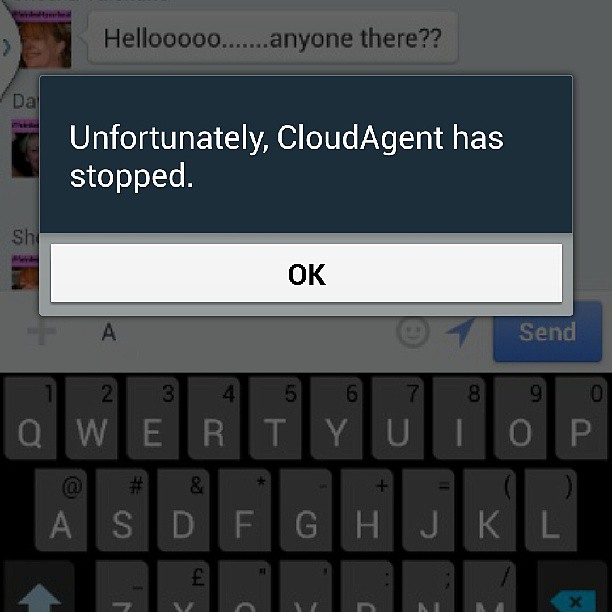 Seems all too familiar:

It can't be as good as the Samsung push service - just check out those reviews!

I should get the push service and then maybe my CloudAgent will stop stopping and freezing my object of soon to be hatred.

Before this I had an Htc One V, well I had two of them, the first was replaced 60 days into service because it was not fit for purpose, the second ground to a total halt six months in... and I got the whole purchase price refunded which suggests to me the phone should never have been on the market in the first place. The reviews of the phone always were good - the complaints I made to Htc never acknowledged that I had a problem that was phone related - they ALWAYS suggested that I was doing something wrong with the phone to make it not work. Utter shite.

Well, having that phone nicked wasn't too much of a chore either because it didn't work the way it was supposed to. I can't remember what was irritating about that unit of consumer trash but it pissed me off too. Mind the Htc made it seem like a perfect thing.


Having said that the Samsung Galaxy S4 is brilliant. When it works. Which is more often than the Htc.
Posted by J Mark Dodds at 4:07 PM