ZOMBIE COMPANIES AND THE PUBCO MODEL

Surprised I didn't think to post this when it was published back in November 2012. Oh well. 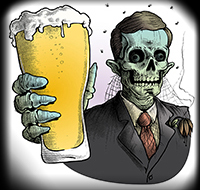 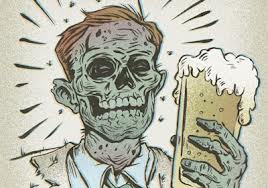 "That this House recognises that some of the UK's large pub companies are now zombie companies which have little or no profitability and are unable to generate sufficient cash flow to repay borrowings and consequently overcharge and sell off viable small businesses to pay creditors; notes that Punch Taverns is currently around 2.4 billion and Enterprise Inns is around 2.9 billion in debt because of irresponsible borrowing against overvalued estates; expresses condemnation of this behaviour that has been catastrophic for their licensees, their pubs and the sector; further notes that debt levels have led to underinvestment in pubs and overcharging licensees through unregulated rent levels and inflated product prices; further notes that these companies are stifling growth in the sector with small pub companies run on a different model such as with small breweries, entrepreneurs and communities making a success of them where the pubco model has failed; further notes that this is being prevented in many cases by pubcos selling off wanted, viable pubs to service their debt and that this is something the planning system often cannot prevent; and calls on the Government to recognise the growth opportunity in the pub sector by freeing it from the discredited and bankrupt pubco model and introducing a rent only option for tenants to pay in independently assessed market rent which would stop the overcharging, allow pubs to survive and thrive, and encourage more diverse ownership of pubs, which would be good for licensees, for competition, for consumers and for communities and also for the economy."
Posted by J Mark Dodds at 2:22 PM