From the Witney Gazette

Debt-hit landlord may have to call time early

Regarding your ingenious suggestion of a rent strike, please can you tell your interested readers how exactly all those pubco lessees - 20,000 of them - get together and close their pubs for a week at the same time? How would they co-ordinate such an action.

Do you think it has not been proposed before? And how would closing for a week benefit them when losing a week's cash flow will shut many of their pubs permanently?

Can you suggest how all those tenants could manage that? Please?

It would be useful if you could use your insight to point me and my moaning ilk, like SteveDC who, it's manifestly clear from his post is well informed about the pub sector, in the right direction.

There are many issues at play affecting the pub sector 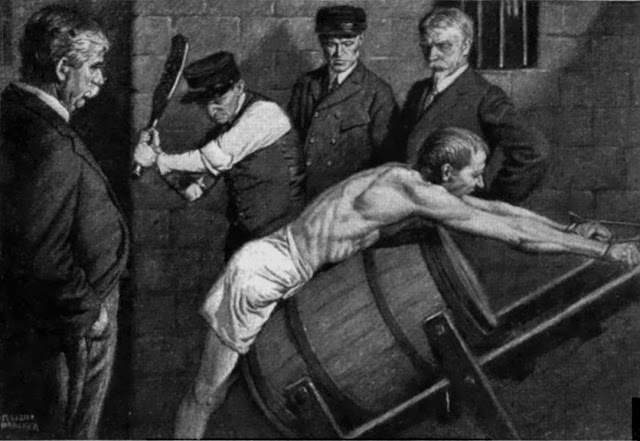 There are many issues at play affecting the pub sector pressing on the success of many thousands of businesses and when you and your friends changed your habits that clearly had an impact on the pub you abandoned in favour of Tesco take outs in your living rooms. But the facts remain that pubco's own most of the pub stock in Britain and charge over market rent for the property and twice for the beer than it is available on the open market. That makes for businesses that do not make enough profit for the lessees but turn a lot of profit for the pubco.

Comparing Wetherspoons and tied pubs is chalk and cheese. JDW is a well financed managed chain that is supported by a strong head office back up with the economy of scale to open longer hours and increase turnover, rather than profit, to improve overall business performance. The margins on selling food cheap do not attract profits they encourage increased turnover which is a fine thing to do if you are trading an already profitable business. JDW staff don't have to work 100 hours a week for zero pay to keep the business open the way pubco tenants have to. Pubco leased pubs are small businesses run by individuals with no back up from anywhere else.

What you are unable to see from a customers' point of view is that many hundreds of very busy pubs that are apparently highly successful from the consumer's side of the bar are, in fact, failing financially with the freeholders taking 110% + of the profits and the businesses are only trading because the tenants are tied into a spiral of servitude working ever longer hours for no return. Their only routes ahead are to work as slaves or to throw the towel in and lose everything. Which very often means their home, life savings and, if they have external assets such as a house or other business interests, see them seized by the pubco when they hand the keys back. There is no way out. The only way is down.

The fact is that the majority of tenants are in trouble because they run small businesses that are designed to fail because of the way the pubcos set up the financial mechanisms to extract more profit from the property than the tenant can ever get out. This is the way it is. And that is why government is looking at finding ways to regulate the behaviour of the pubco's now, they have seen the proof over a decade of Select Committee evidence and are convinced.

The way the tied lease model has been abused to extract maximum profit with least possible investment by the pubcos has created an inevitable downward spiral for all tied pubs that has everyone in the tied pub sector caught up the same way; multiple operators as well as sole traders.

The only way tenants survive in these circumstances is by substantially over-trading their pubs in an inevitable merry go round that means the pubco's rapacious profits grab will catch up with the busiest tied tenants later rather than sooner.
Posted by J Mark Dodds at 4:25 PM