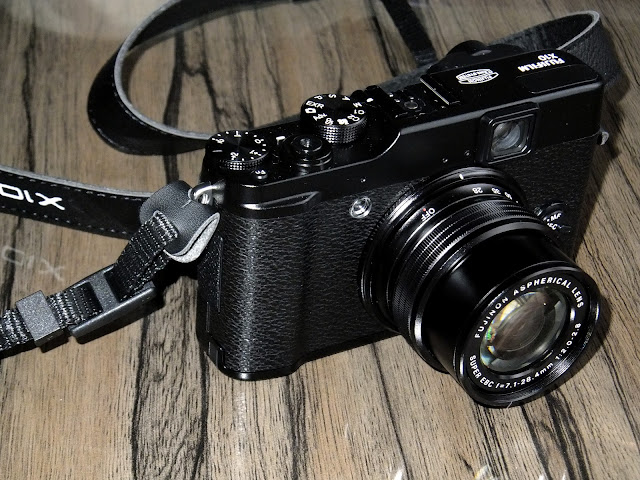 Really Nice. Down and left a bit would have been good but without you commenting, drawing attention to that, I wouldn't have picked up on it and this is good - it's a National Geographic shot if you ask me. And I know you weren't asking.

Don't talk to me about horizontals and verticals. I just got a Fuji X10. It's a beaut in some ways. Like a real camera. But using the viewfinder, which still comes naturally to me after all this time looking at a 3" rectangle, makes for crazy 'lining up' issues.

I've been waiting for a camera manufacturer to make a digital OM1 ever since digital began. Although the viewfinder makes this Fuij obviously more of a rangefinder than an SLR it's SO like a film camera in its feel and gadget interface and the way it responds; it's getting there. Always surprises me that people who design things, unwittingly I think when sweeping out the old to usher in a revolutionary new thing, often design out what often were very good features of previous generations of equipment for the sake of making a change. It's odd. It doesn't make sense. It's not how natural evolution would work. It's reinventing the wheel. But with unnecessary tassles and knobbly bits that take a long tome to be worn off to get back to simplicity.

What I want is a tough, portable, compact and nice feeling piece of machinery I can take anywhere, and occasionally bash on a rock by mistake, which I can pick up to my eye in an instant no matter what is happening to the light, and make do what I want it to like a sixth sense without having to squint at some dial, knob, switch pin or button, or flashing phrase on a screen to find that it's too dark or it's moved itself onto 1600 asa or the flash has just popped up whatever - fighting to get an exposure value, depth of field, feeling of motion or mood - that I set up in the moment by MY being fully in charge of the scene rather than the camera and a bunch of technicians in some dust free lab deciding in advance what will happen just then. The X10 is getting there but there's still a leap back to be made before the future is as far forward as it should be.

I have no idea if that makes any sense whatsoever.
Posted by J Mark Dodds at 10:23 PM