Opinion: What’s the next step beyond gastropubs? 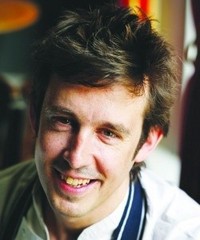 Dave Eyre and Mike Belben always HATED the term gastropub as have most serious publicans whose businesses were labelled such  by journos shorthand who can't find a better way to describe one part of the evolution of the pub market.

Jesse Dunford Wood's question at the top suggests that he may be tackling what's next in the body of the article but although he mulls it over a bit rather frustratingly he arrives by asking the same again. But at least he asked the question.

What the pub industry desperately needs is a serious make over from top to bottom - and this simply is not going to happen without there being a free and fair market for pubs. And that is not going to happen until the tied pub sector has withered to nothing and been replaced by a structure that is more fit for purpose for the needs of contemporary consumers.

The pub sector needs independence from the huge companies that dominate it who, one way or another, reduce all examples of innovation and evolution in the sector to their lowest common denominators to replicate them en mass, sanitise them, deskill them and squash them into carbon copy branded chain outlets where teams 'design' and set dress the interiors in some pastiche of 'individuality' and make them like every other outfit that's trying to grab the 'next thing'.  Check out "M&B's 'Our Brand's' section for the master class in what to do to make everything less good than it should be.

What the pub sector desperately lacks is experience, skills, training and an influx of professional influence from the world outside. With the exception of a few fabulous forays by people like the guys at the Eagle it has stagnated at almost every for decades, looking back to a non existent heyday of the Great British Pub, while its roots and branches have been chewed off by the wider food and drink industry who've produced better businesses that cater better for a nation of rightly ever more demanding customers at every level of pricing and product mix.

This has led to the distillation of the pub sector into an anodyne, homogenous range of bland off the shelf head office conceived concept chains against what it really ought to be - a vibrant, iconic reflection of the idiosyncrasy and independence of the British character with regional variation, local influences, flavours and style oozing from every pub up and down the UK.

The blame for this dreadful state of affairs lies at the doors of avaricious pubcos whose short term corporate greed and actions which amount to a systemic wholesale land banking of Britain's very cultural heritage, base traditions and community hubs promoted their business model as an efficient, 'low cost entry into the pub trade' - while effectively asset stripping the lot from top to bottom and getting thousands of tenants to pay for the upkeep of the estate until it gets sold off: 'Suitable For Alternative Use, Subject to Planning' as the boards of directors laugh all the way to the bank with their £500K+ a year packages.
Posted by J Mark Dodds at 2:34 PM