From the pub trade's only trade publication 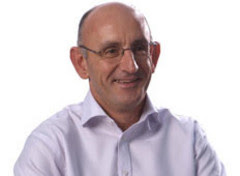 There is little to be said beyond what the two posts above ably highlight.

And there could be little more proof positive that UK pub sector is bankrupt; morally, figuratively and literally.

It's unfair to heap any particular opprobrium on Roger Whiteside because essentially he's an innocent. Roger is a latecomer to the toxic pub sector having been enticed by the outgoing culprits at Punch from a background in real retail with M&S.

No doubt the job was sold to him as needing 'a fresh pair of eyes and ears' or some such grotesque understatement. There's no way anyone with Roger's background could possibly have anticipated the depth of the goo and slime they were stepping into in the foul smelling midden that is the Tied Pubco Business Model.

It's testament to the appalling management that has prevailed in this backwater pub industry of ours that someone so new to it - untainted by the midden's mire - could rise to "Most Influential' in the trade barely three years after his tenure in the industry began.

Boo Hiss the pub sector.
Posted by J Mark Dodds at 7:17 AM